Trust Card – A fantastic resource for filling out a Trust Card for your medical team and those you assign to be with you in the end. Hand your personalized card to all involved, including your medical advocates and named agents. trustcard.org

Cremation for those w/o funds in Idaho – bannockcounty.us/indigent/

THE STORY OF A LIFETIME – mylastsoundtrack.com/Public/Home

“One in four people who enter the ICU with documented
Do Not Resuscitate orders get CPR.”

Visit The Idaho QUALITY OF LIFE Coalition (formerly End-of-Life Coalition) at www.IDQOL.org for ALL forms. You will find a free Idaho Advance Directives/POLST Information pack. This includes Living Will and Durable Power of Attorney for Health Care. Advanced Medical Directive – REGISTER your advance directives in the Idaho Health Care Directive Registry securely located in the Idaho Office of the Secretary of State or mail to: Idaho Secretary of State, Attention: Health Care Directive Registrar, 304 N. 8th St., Room #149, P.O. Box 83720, Boise, ID 83720-0080. I recommend you ask your physician questions pertaining to your directives so that you are clear on your decisions.

Advanced Directive for Conscious Dying – ttbook.org/sites/default/files/public/images/Advance%20Directive%20for%20Conscious%20Dying.pdf Buddhist Chaplain Steve Spiro can be heard in his interview with Sara Nics in Death: The Last Moment or the interview with Anne Strainchamps: Mindful Dying (To The Best of Our Knowledge – Death and Dying series: ttbook.org.

Create your own “Trust Card” to give to your doctor. Great way to start the conversation! For Kate Riley, it was the simplest way to convey her end-of-life plans, and asking her doctor if she would comply – compassionandchoices.org/end-of-life-planning/assess/trust-card/

“The fear of death follows from the fear of life.
A man who lives fully is prepared to die at any time.”

Caskets – visit lasthings.net for specific directions on building your own pine box

Ashes to Glass – “Petglash” – One teaspoon of your beloved pet’s ashes makes up to a dozen beads. See website for beautiful jewelry options for pets and your dearly departed. Visit ashestoglass.com or call 1-888-418-9888.

Stover Glass – Lisa Stover of Stover Glass specializes in beautiful one-of-a-kind glass memorial pieces. Each piece is specially crafted to preserve the lasting memory of your loved ones. “Keep your loved ones close to your heart.” Visit stoverglass208.com or call 208-351-5298. Lisa has made six hearts with my mother’s ashes – all exquisite!

“…it is almost a complete balance of trauma and privilege.”

The Art of Dying Well: A Practical Guide to a Good End of Life by Katy Butler (2019)

LIFE and MEDIINE in the ELEVENTH HOUR: THAT GOOD NIGHT by Sunita Puri (2019)

The Unwinding of the Miracle: A Memoir of Life, Death, and Everything That Comes After by Julie Yip-Williams (2019)

The Five Invitations: Discovering What Death Can Teach Us About Living Fully by Frank Ostaseski (2019)

“Dementia Reimagined: Building a Life of Joy and Dignity From Beginning to End by Tia Powell (2019)

At Peace, Choosing a Good Death After a Long Life by Samuel Harrington (2018)

Dying, Death, and Wisdom in an Age of Denial: With the End in Mind by Kathryn Mannix (2018)

Walking Each Other Home: Conversations on Loving and Dying by Ram Dass & Mirabai Bush (2018)

Come of Age: The Cases for Elderhood in a Time of Trouble by Stephen Jenkinson (2018)

Summary & Analysis of Being Mortal: Medicine and What Matters in the End. A guide to the book by Atul Gawande (2018)

Aging in America: A Cautionary Tale of Wrongful Death in Elder Care by Karol Charles (2018)

The Book of Ceremony: Shamanic Wisdom for Invoking the Sacred in Everyday Life by Sandra Ingerman (2018)

Extreme Measures: Finding a Better Path to the END of LIFE by Jessica Nutik Zitter, MD (2017)

Modern Death: How Medicine Changed the End of Life by Haider Warraich, MD (2017)

Living with Dying: A Complete Guide for Caregivers by Jahnna Beecham & Katie Ortlip (2017)

Life After Loss: A Practical Guide to Renewing Your Life After Experiencing Major Loss by Bob Deits (2017)

Words on the Threshold by Lisa Smartt (2017)

The Violet Hour: Great Writers at the End by Katie Roiphe (The Dial Press, an imprint of Random House 2016)

The Conversation: A Revolutionary Plan for End-of-Life Care by Angelo E. Volandes, M.D. (2015)

Life and Death: A Medium’s Messages to Help You Overcome Grief and Find Closure” by Tim Braun (2015)

Die Wise: A Manifesto for Sanity and Soul by Stephen Jenkinson (2015)

The Smell of Rain on Dust: Grief and Praise by Martin Prechtel (2015)

The Grace in Aging: Awaken as You Grow Older by Kathleen Dowling Singh (2014)

Knocking on Heaven’s Door: The Path to a Better Way of Death by Katy Butler (2013)

The Good Funeral: Death, Grief, and the Community of Care by Thomas G. Long and Thomas Lynch (2013)

The Truth About Grief: The Myth of its Five Stages and the New Science of Loss by Ruth Davis Konigsberg (2011)

Passages in Caregiving: Turning Chaos into Confidence by Gail Sheehy (2011)

The Art of Uncertainty: How to Live in the Mystery of Life and Love It by Dennis Merritt Jones (2011)

The Other Side of Sadness: What the New Science of Bereavement Tells Us About Life After Loss by George A. Bonanno (2009)

Living Deeply: The Art and Science of Transformation in Everyday Life by Marilyn Schlitz, Ph.D. (2008)

The BEST WAY To Say Goodbye: A Legal Peaceful Choice at the End of Life by Stanley A. Terman, PhD., MD (2007)

Sacred Dying: Creating Rituals for Embracing the End of Life by Megory Anderson (2003)

Shaman, Healer, Sage: How to Heal Yourself and Others with the Energy Medicine of the Americas by Alberto Villoldo, Ph.D. – Highly recommended read for those who are interested in clearing the chakras before, during and after a death. Mr. Villoldo has incredible insight on The luminous energy field and reflects on death, dying & beyond. (2000)

The CELTIC Book on Living and Dying: An Illustrated Guide to Celtic Wisdom by Juliette Wood (2000)

The Grace in Dying: How we Are Transformed Spiritually As We Die by Kathleen Dowling Singh (1998)

The Dying Time: Practical Wisdom for the Dying & Their Caregivers by Joan Furman and David McNabb (1997)

The Five Stages of the Soul by Harry R. Moody, PhD and David Carroll (1997)

Wrestling with the Angel: Jewish Insights on Death and Mourning edited by Jack Riemer (1995)

Rethinking Life and Death: The Collapse of Our Traditional Ethics by Peter Singer (1994)

Let’s Talk About Death Over Dinner: An Invitation and Guide to Life’s Most Important Conversation by Michael Hebb (2018)

“Hospitals are designed to get people better and send them on their
way. They are not designed as holding bays.”

The Idaho Quality of Life Coalition has an excellent DVD featuring: 1) A Clinician’s Guide to Starting Conversations about End of Life, and 2) Live P.O.S.T. Consult – IDQOL.org

Conscious Aging: On the Nature of Change and Facing Death by Ram Dass (2 CDs) soundstrue.com

When the Heart Breaks: A Journey Through Requited and Unrequited Love by David Whyte (2 CDs) soundstrue.com

A Will for the Woods: A last act, a gift to the planet – A documentary by Amy Browne, Jeremy Kaplan, Tony Hale & Brian Wilson – 2014 – 94 minutes – awillforthewoods.com or firstrunfeatures.com

“The breath is the single greatest resource you have to change your life.”

What They Had – From first-time writer/director Elizabeth Chomko, WHAT THEY HAD centers on a family in crisis. Bridget (Hilary Swank) returns home to Chicago at her brother’s (Michael Shannon) urging to deal with her ailing mother (Blythe Danner) and her father’s (Robert Forster) reluctance to let go of their life together. In theaters this October!

The Farewell – Based on an actual lie!

The Open Road: America Looks at Aging a film by Nina Gilden Seavey, Narrated by Michele Norris (All Things Considered)

The Second Time Around (First Run Features 2017) A vibrant love story that begins in a senior citizen facility.

Mr. Church (Inspired by a true friendship) Eddie Murphy 2016 (Mr. Church tells the story of a unique friendship that develops when a little girl and her dying mother retain the services of a talented cook. What begins as a six-month arrangement instead spans fifteen years, and creates a family bond that lasts forever.

Last Cab to Darwin (First Run Features 2014) This film tells the moving tale of a dying taxi driver and his cross-country quest.

Nothing To Do – Netflix

God Knows Where I Am – Netflix

Away From Her – Starring Julie Christie and Gordon Pinsent (2007)

Maudie – hidden messages in one of the best films ever made!

“Therefore, because death stirs people to seek answers to important spiritual questions, it becomes the greatest servant of humanity, rather than its most feared enemy.”

Graceful Passages: A Companion for Living and Dying (2 CDs) gracefulpassages.com

Songs of the Untethered Soul by Michael A. Singer, performed by Kathy Zavada (1 CDs) soundstrue.com

The Art of Death Midwifery

Interesting tidbits in the world of death and dying

Let’s have dinner and talk about death

Going Out on a High: The Doctor Advocating LSD for the Dying

Kate Riley is a caller on KGNU: news.kgnu.org/2016/02/end-of-life-series-coping-with-grief/

New Ways to Think About Death: Death is a topic that is relevant to us all, and yet it simply isn’t pleasant to talk about. These speakers offer subtle reframes to help us face life more thoughtfully and with greater compassion. A collection of TED Talks (and more) on the topic of death: ted.com/topics/death

Kate Riley believes the environment in which we enter our final days may very well orchestrate the entire experience. Kate shares her vision for a community guest house, a place where the dying are tenderly cared for on the emotional, physical and spiritual levels. 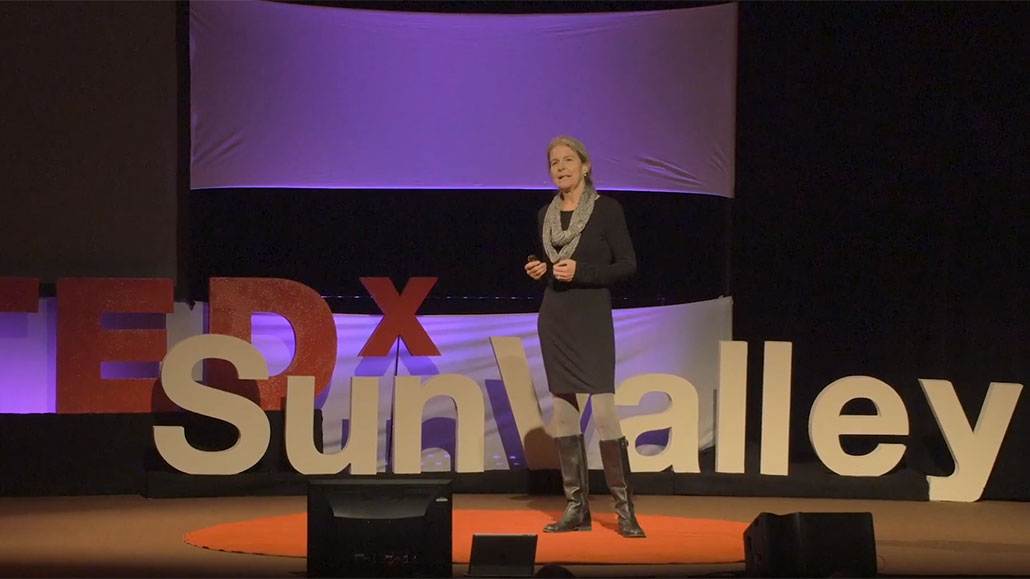 Design for the end of life

Elaine Fong shares a riveting personal story to argue that we should consider thinking about the end of life as a design challenge. 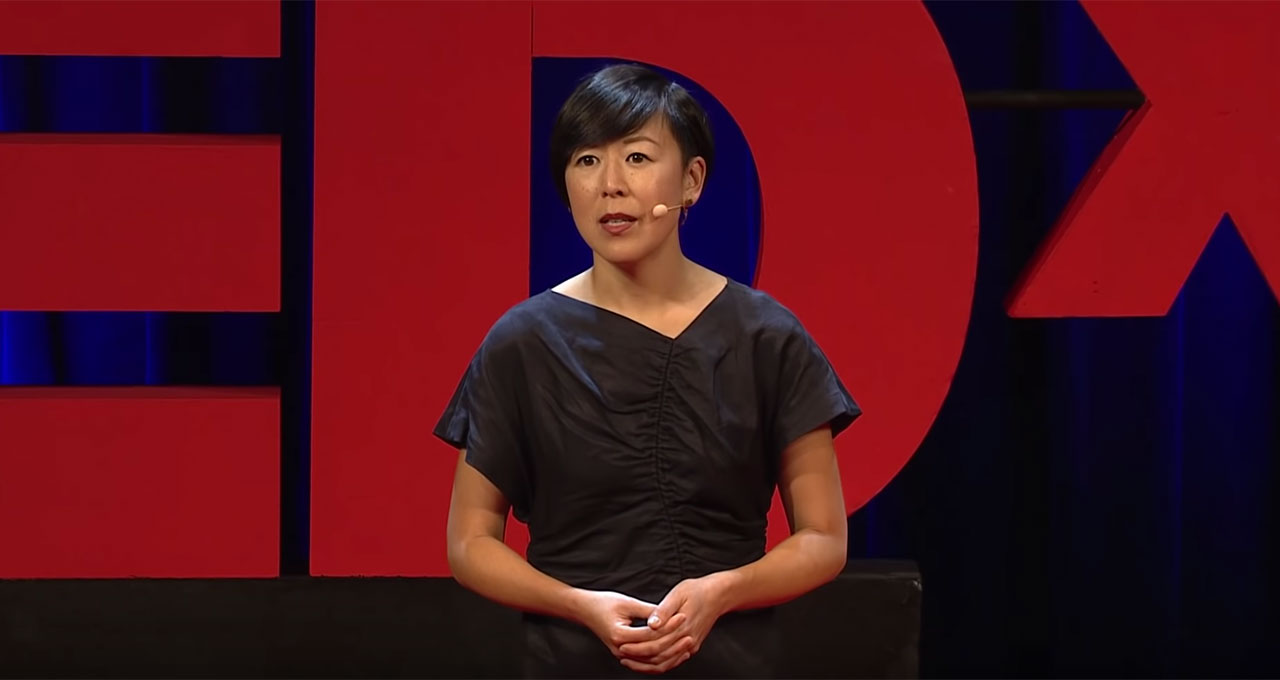 What your doctor won’t disclose 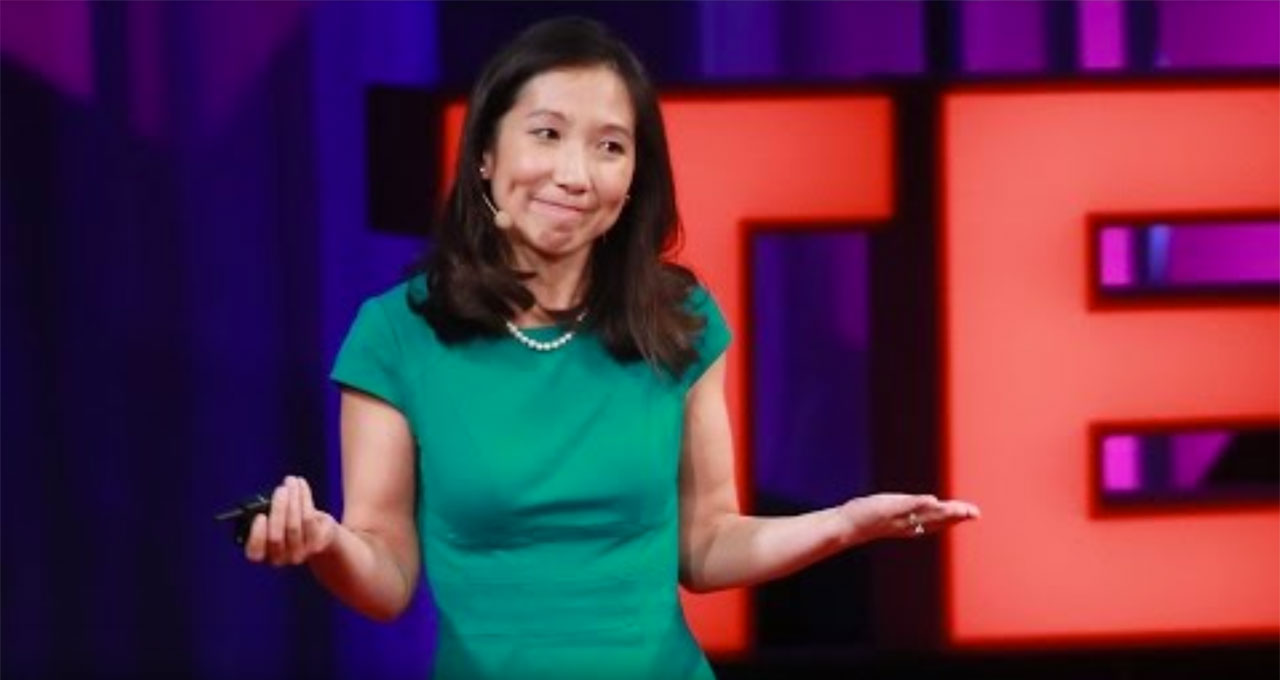 A Touching Glimpse into the Mystery of Death

David Galler has spent a lifetime with death. As an intensive care specialist, he’s been up close and personal with people at their most profound moments. In this beautiful and heartfelt talk, he shares some perspective on our final moments, and what they can teach us about how to live. 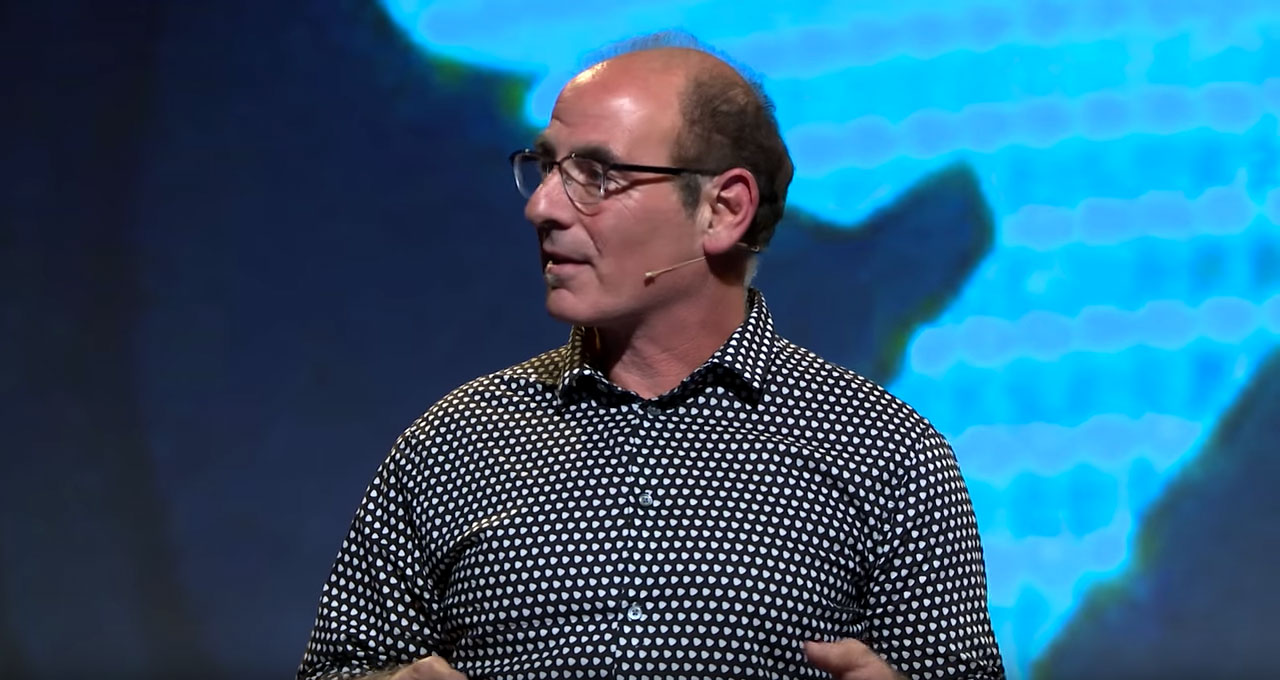 Healthcare expenditure is the biggest threat to America’s economy, due to an aging population and a system in which physicians are often paid based on what they do to their patients, rather than fostering a patient’s overall quality of life. Dr. Timothy Ihrig explains the benefits of palliative care that prioritizes a patient’s personal values and navigates a serious illness from diagnosis to death with dignity and compassion. 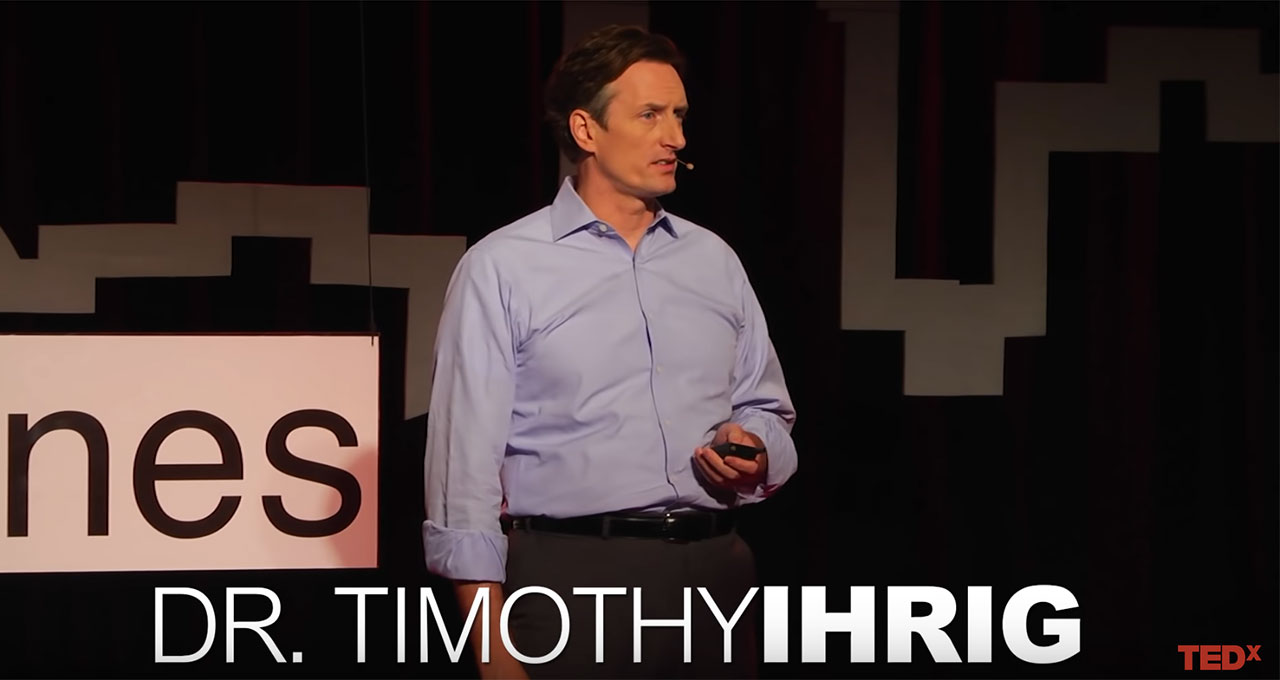 Stories from a home for terminally ill children 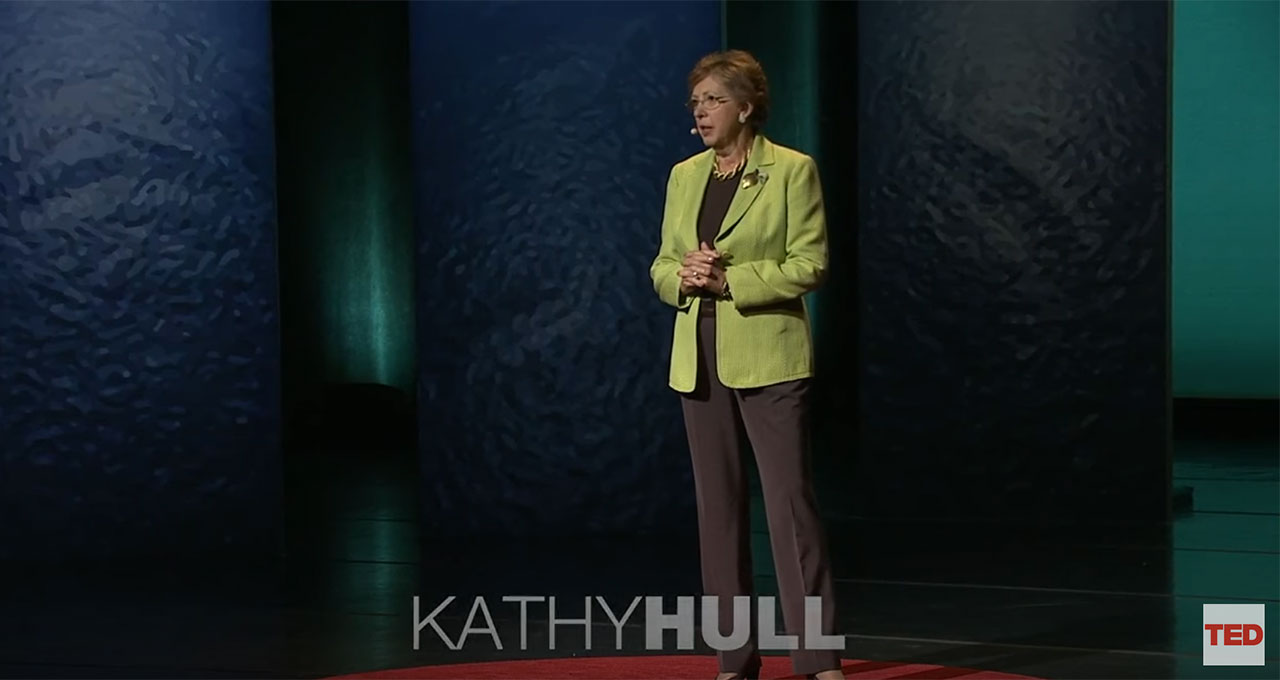 Dr. Mary Neal is a board-certified orthopedic spine surgeon. She drowned while river kayaking in South America and experienced life after death. Dr. Neal has written two books on her experience, including a No. 1 New York Times Bestseller. 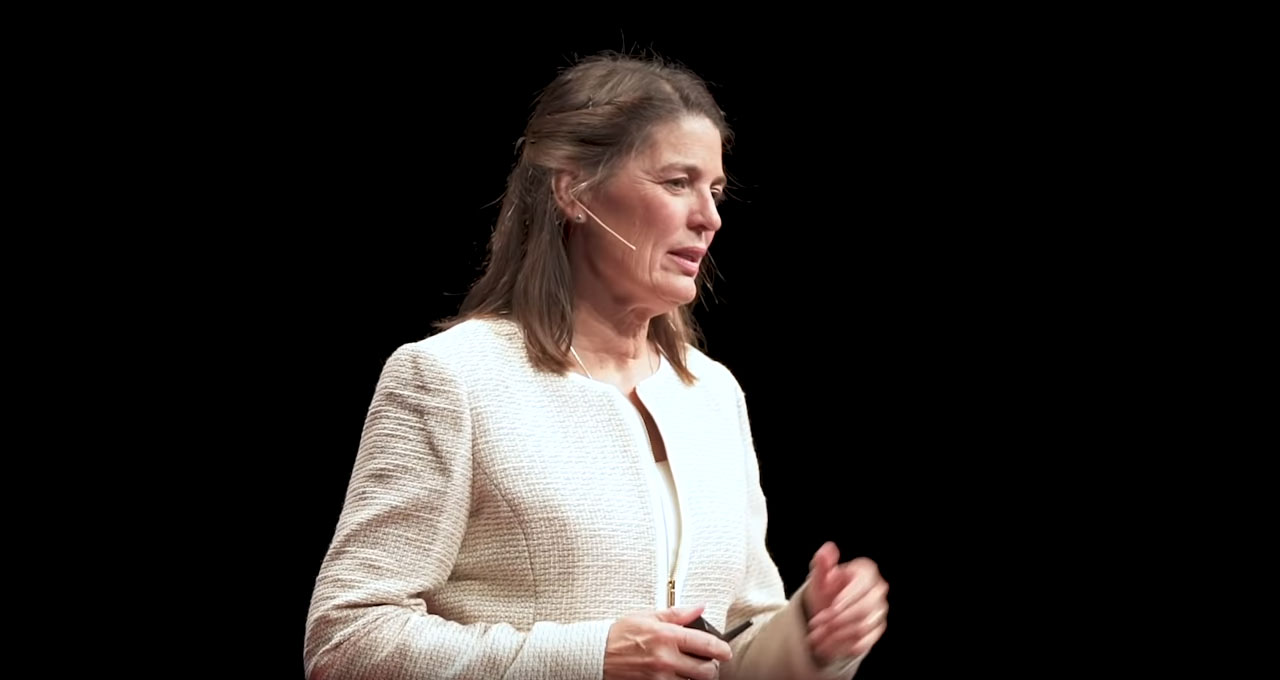 Death. It’s kind of a heavy subject. And, according to Stephen Cave, we fear it so much that we avoid thinking about it at all costs — even when death is exactly what we think we’re talking about. 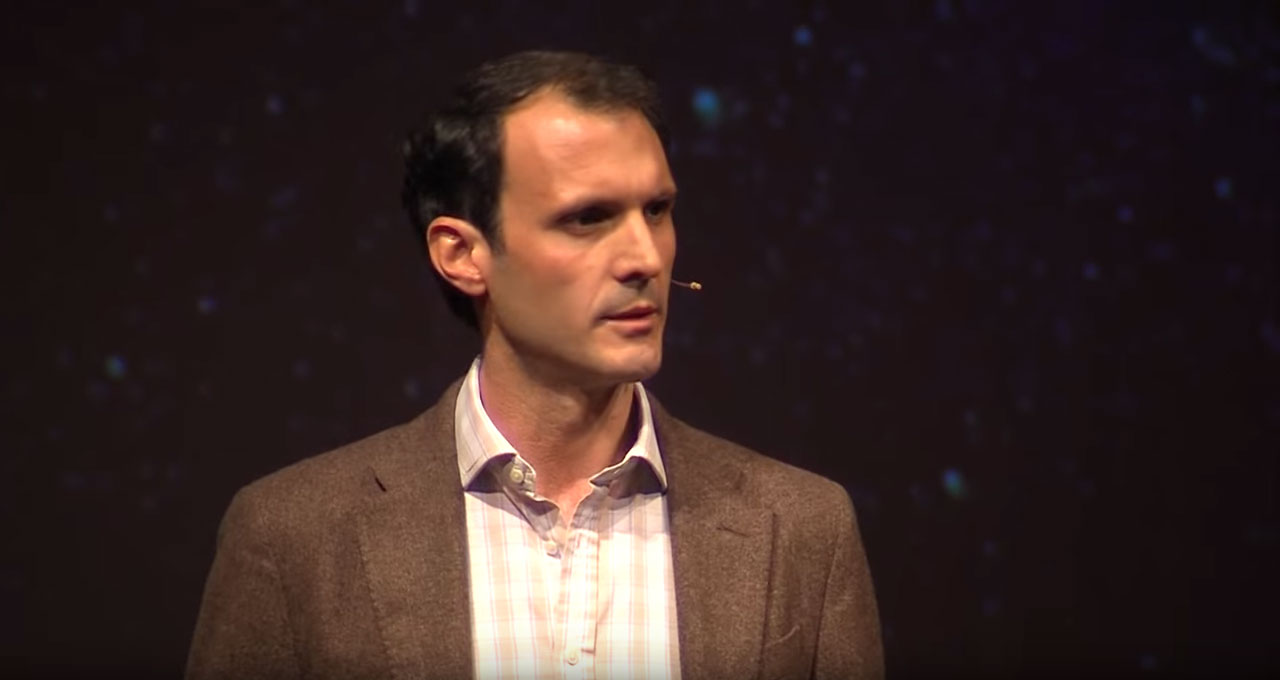 On Dying. This may be the most important conversation you ever have.